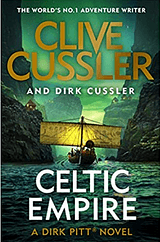 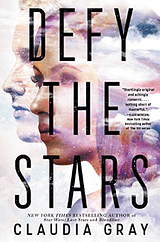 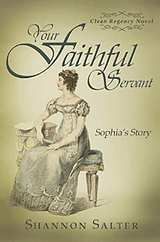 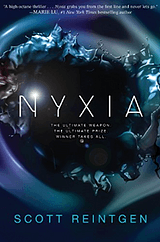 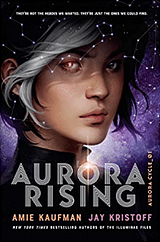 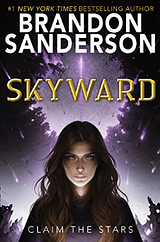 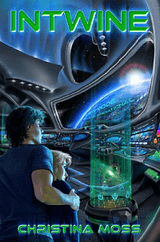 Christina is one of my followers on Instagram and I'm intrigued by her Intwine saga. Here is the description from Amazon:

Juliette is an average high school student with typical teenage problems, but after befriending a dog and the boy he belongs to, her life changes suddenly and drastically. She soon finds herself burdened with problems and adventures far beyond not only her home town and high school life, but well beyond the scope of Earth and the known galaxy. Her ultimate goal is to discover, if she can, why humans on the planet Artigun (home of her love interest, Seth Morrison) continue to have a life expectancy of over 900 years while their actual descendants, Earth humans, suffer accelerated aging with a life expectancy of only 80 years. Along the way Juliette discovers crazy secrets lurking in the Milky Way Galaxy and beyond. Intwine is filled with modern day fun, deadly adversaries, colorful characters and old fashioned sci-fi adventures. Originally penned for a female young-adult audience, today INTWINE has successfully crossed-over to an adult audience. Fans of the series are of both sexes and range in age from ten to eighty years old.

Skyward, by Brandon Sanderson (YA Sci-fi. All formats.)

Brandon Sanderson is a NY Times Best Selling author and "Skyward - Claim the Stars" is an epic sci-fi adventure. Here is the description from Amazon:

Spensa's world has been under attack for decades. Now pilots are the heroes of what's left of the human race, and becoming one has always been Spensa's dream. Since she was a little girl, she has imagined soaring skyward and proving her bravery. But her fate is intertwined with her father's--a pilot himself who was killed years ago when he abruptly deserted his team, leaving Spensa's chances of attending flight school at slim to none.No one will let Spensa forget what her father did, yet fate works in mysterious ways. Flight school might be a long shot, but she is determined to fly. And an accidental discovery in a long-forgotten cavern might just provide her with a way to claim the stars.

Nyxia, by Scott Reintgen (YA Survival. All formats.)

Sometimes a cover grabs me. That was the case with this one. Then I checked out the description. I'm hooked and ready to add this to my bookshelf. Here is the description from Amazon:

Emmett Atwater isn’t just leaving Detroit; he’s leaving Earth. Why the Babel Corporation recruited him is a mystery, but the number of zeroes on their contract has him boarding their lightship and hoping to return to Earth with enough money to take care of his family. Forever. Before long, Emmett discovers that he is one of ten recruits, all of whom have troubled pasts and are a long way from home. Now each recruit must earn the right to travel down to the planet of Eden—a planet that Babel has kept hidden—where they will mine a substance called Nyxia that has quietly become the most valuable material in the universe.But Babel’s ship is full of secrets. And Emmett will face the ultimate choice: win the fortune at any cost, or find a way to fight that won’t forever compromise what it means to be human.

Graduating cadets heading for the stars? What's not to like? Here is the description from Amazon:

The year is 2380, and the graduating cadets of Aurora Academy are being assigned their first missions. Star pupil Tyler Jones is ready to recruit the squad of his dreams, but his own boneheaded heroism sees him stuck with the dregs nobody else in the academy would touch . . .
A cocky diplomat with a black belt in sarcasm
A sociopath scientist with a fondness for shooting her bunkmates
A smart-ass tech whiz with the galaxy's biggest chip on his shoulder
An alien warrior with anger-management issues
A tomboy pilot who's totally not into him, in case you were wondering
And Ty's squad isn't even his biggest problem--that'd be Aurora Jie-Lin O'Malley, the girl he's just rescued from interdimensional space. Trapped in cryo-sleep for two centuries, Auri is a girl out of time and out of her depth. But she could be the catalyst that starts a war millions of years in the making, and Tyler's squad of losers, discipline cases, and misfits might just be the last hope for the entire galaxy.
NOBODY PANIC.

I always like a good "starting over" kind of story. Definately going onto my list. Here is the description from Amazon:

It started with tremors, aftershocks of an event that no one was left to report on. Then the snow came, slow and steady, and it didn't stop. Day by day, inch by inch, everything disappeared beneath a crushing mass so deep that only the tops of the tallest trees remained. Saved by some fluke of elevation and wind patterns, Peter's cabin was spared while the rest of the world drowned beneath an ocean of solid water. Or so he thought. Driven to the brink of insanity by terrible isolation, he survives long enough to see the skies clear and the sun return. As the snow melts, it reveals an almost alien world, a barely recognizable landscape littered with the remnants of civilization. Together with a handful of survivors, Peter sets out to discover the cause of the event that broke humanity's hold on the world, and to learn whether it will strike again.

This one is way outside of my normal genre, but I do have to say that I like Shannon's writing. As a historical romantic fiction story, Shannon does an amazing job of capturing the language and feel of the era. Here's the description from Amazon:

The fairy tale was over not long after it began. Sophia Collins, Viscountess Brampton, is battered and bruised at the hand of the man she vowed to love and obey till death do them part. Seeking refuge from the eyes of the ton, Sophia retires to their country home, Waverly. At first Sophia feels as though she has traded one prison for another. As her physical wounds begin to heal, her heart remains bruised by the brutality of her tormentor. But when her husband suddenly dies under suspicious circumstances, she must face the possibility that someone she has grown to care about may have been responsible.

Defy the Stars, by Claudia Gray (YA Sci-fi. All formats.)

The description from Amazon has me hooked! It's on my list.

She's a soldier: Noemi Vidal will risk anything to protect her planet, Genesis, including her own life. To their enemies on Earth, she's a rebel.

He's a machine: Abandoned in space for years, utterly alone, Abel's advanced programming has begun to evolve. He wants only to protect his creator, and to be free. To the people of Genesis, he's an abomination.

Noemi and Abel are enemies in an interstellar war, forced by chance to work together on a daring journey through the stars. Their efforts would end the fighting for good, but they're not without sacrifice. The stakes are even higher than either of them first realized, and the more time they spend together, the more they're forced to question everything they'd been taught was true.

Ever since I first saw Sahara I've been a fan of Clive Cussler's Dirk Pitt novels. I've not read a bunch of them, but the ones I have read were a great escape. This one looks pretty good and I'm looking forward to putting it on my Kindle. Here's the description from Amazon:

The murders of a team of United Nations scientists in El Salvador. . . A deadly collision in the waterways off the city of Detroit. . . An attack by tomb raiders on an archaeological site along the banks of the Nile. . . Is there a link between these violent events? The answer may lie in the tale of an Egyptian princess forced to flee the armies of her father three thousand years ago.During what was supposed to be a routine investigation in South America, NUMA Director Dirk Pitt finds himself embroiled in an international mystery, one that will lead him across the world and which will threaten everyone and everything he knows--most importantly, his own family. Pitt travels to Scotland in search of answers about the spread of an unknown disease and the shadowy bioremediation company that may be behind it. Meanwhile, his son and daughter face a threat of their own when the discoveries they have made in an Egyptian tomb put killers on their trail. These seemingly unrelated riddles come together in a stunning showdown on the rocky isles of Ireland, where only the Pitts can unravel the secrets of an ancient enigma that could change the very future of mankind.

Yes, Air Storm is coming! But, it's just not ready yet. If you like my type of story telling then you should enjoy these as well. Check them out and be sure to give the author an honest review when you're done. I might not get around to reading all of these, but I can at least show my support by showing what is currently popular, is respectable, and would be something I would read if I had the time. Enjoy.